Showing posts from October, 2019
Show all

Pushcart rides and the walk of faith 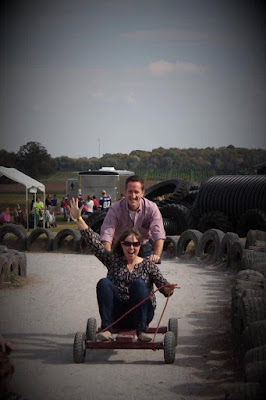 This is one of those pictures that captures such a poignant moment in time, far beyond what you see in the image. Three years ago, my husband and I were at a pumpkin farm with our family. And we were having fun. He was pushing me as fast as he could around the pushcart track and it was ridiculous and it made me laugh and still does.This also was a momentous day. We went to that pumpkin farm specifically to meet two children who needed a forever family.It had started that July. We had seen their picture. They were far outside of our “age range” we had told the county we would consider taking, and there were two (not the one we thought we could handle), but we had prayed and both had felt stirred to look into their case.I pulled up the email thread this morning - 49 emails back and forth with our worker over three months. So. Much. Waiting. We were waiting for information and for next steps with the county - and the kids were waiting. These kids who had experienced loss after loss.At th…
Read more
More posts